With the number of around 1.7 million Vietnamese people accounting for 2% of the Vietnamese population, Tay ethnic minority group settles mainly in mountain areas or high lands of the northern and northwestern provinces such as Cao Bang, Lang Son, Bac Kan, Thai Nguyen, Quang Ninh, Ha Giang, smaller numbers in Bac Ninh and Bac Giang. It was considered to present soon in the year 500 BC. This group is also known as Tho, Tai Tho, T’o, Ngan, Phen, Thu Lao, or Pa Di. 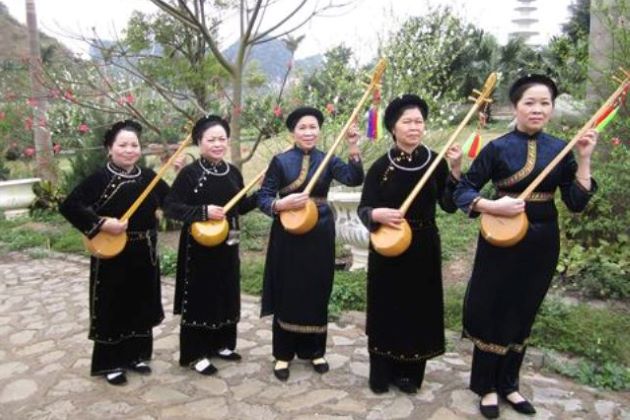 The Lifestyle of Tay People

The Tay people live in wooden stilt houses and together with 15 to over a hundred households in a village. They are farmers and mainly cultivate wet rice. They also plant upland rice, other food crops, and fruit trees. Their cattle and poultry husbandry are popular especially keeps going style of grazing animals. In some places, the Tay has a stone dog in front of their house aiming for wishes of protection and chasing bad luck away. Tay household crafts are skillful and valuable. Fair is an often popular economic activity here in the Tay’s physical and spiritual life.

The Tay people’s clothes are quite simple, not colorful and not much of embroidery or decorative patterns, made of cotton and indigo dyed. Women wear high collared, knee-length shirts with 5 buttons on the right side, roomy trousers, and wide belts. They wear silver jewelry on their neck and arms. Men wear as similarly to women with shorter shirts or T-shirts and trousers.

Because of its large population, The Tay ethnic group develops its rich culture. Primarily depend on cultivation; they now still thresh rice on wooden racks also-called as long in the fields, then bringing threshed rice baskets to their home. The Tay is famous for the culture of the diverse folk song such as Luon, Phong Slu, Phuoi pac, Puoi ruoi, Ven eng…, in which, Luon is the most popular one – a duet between lovers. The Tay sings Luon in almost their festivals in particular the Lunar New Year, Lồng Tồng festival (Going down the rice paddy), wedding, and new house ceremony. Another festival in the Tay community is a spirit-calling festival for cows and water buffaloes. It is held on the 6th of June in the lunar calendar.

The Tay people extremely respect the worship of ancestors and supernatural Gods. They worship the House God, Kitchen God, or the Midwife. Their altar is set up in the center of the house. Visitors cannot sit down on the bed in front of the altar. Those attending a funeral must take a bath before feeding animals. Tay’s marriage is based on the “destiny” of both groom and bride and the determination of both sides’ parents. They send together a child’s fortune to read, if the two fortunes are fit, their children are allowed to get married. The bride must stay in her family until being pregnant; then she is going to be picked up to her husband’s home before the day she gives birth. When being pregnant, the Tay wife has to avoid a lot of things to keep her child healthy and keep bad luck away from it. A new mother is not allowed to sit nearby the altar. 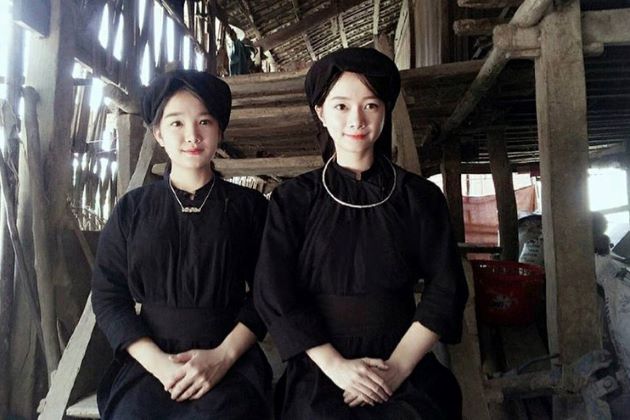