Differences in the Vietnamese Language among Regions

Vietnamese has basically divided into three main dialects: North, Central, and South. In fact, because of the very long history of development, the North dialect (Tonkin) is considered to be a national standard script. It consists of provinces from Northern Vietnam to Thanh Hoa province. The Central dialect also called “Haut-Annam” refers to that spoken between Nghe An province and Da Nang province. The South dialect is known as “Bas-Annam” is spoken from the South of Da Nang province to the whole Southern provinces. There is a mixture of dialects in an area where is a boundary between two dialects, for example, the dialect of Thanh Hoa province is nearly similar to both the North and the Central ones, sometimes also arranged into North-central dialect. In addition, by reason of geographical location and cultural features, there are also differences among small regions in each below dialect. The differences between dialects are mostly reflected in the sound system and vocabulary.

The dialects differ in using tone system. The Northern dialect used full 6 tones (level, acute accent, grave accent, hook, tilde, and dot below), whilst the Central and the Southern ones have only 5 tones, especially some regions of the Central have only 4 tones. The Central and Southern speakers do not discern clearly between hook and tilde. They almost used hood instead of the tilde. Some North-Central varieties maintain the hood but have a merge of tilde and dot below. The vowels and consonants pronunciation are also distinct. Northern Vietnamese does not differentiate the onset consonants s/x, r/d/gi, and tr/ch while lisp of pronunciation “n/l” is popular. 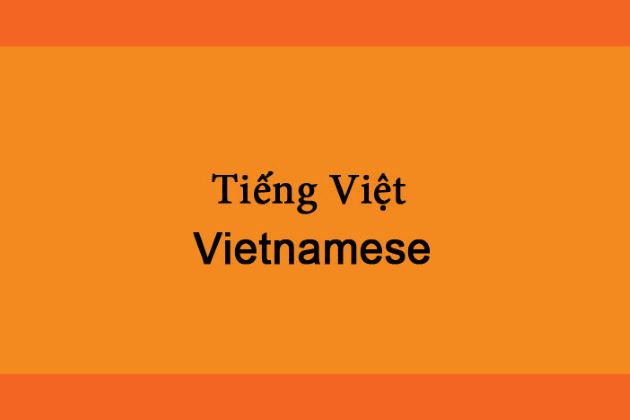 The Vocabulary of Vietnam Language by Regions

There are a huge number of local words used in different regions that add a rich and abundant Vietnamese treasure. Some examples of these differences are listed as follow:

An important amount of Southern dialects are added in the Vietnamese dictionary and widely used in the whole country so there is often less misunderstanding in communication between Northern and Southern speakers. Nonetheless, local dialects are mostly endless and different in each area’s overall country. For the sake of that, Vietnamese is peculiar, complex, and difficult to understand and learn to both native and international speakers.