Vietnam, a multi-ethnic country with 54 ethnic groups living together in peace, has unique values custom, tradition, and culture. Buddhism is properly the most popular religion in Vietnam.

The First Appearance of Buddhism in Vietnam

First introduced into Vietnam in the 2nd century BCE, around the year 189 in the era of Christian, Buddhism has probably become the most popular religion in Vietnam. It originated from the north of Central Asia and was brought into Vietnam through the spread from China to Vietnam’s Red River Delta region. Vietnamese Buddhism reached its peak under the Nguyen Dynasty in the 11th century because it is highly valued as the official religion of the country with a strong influence on people’s daily lives at that time. 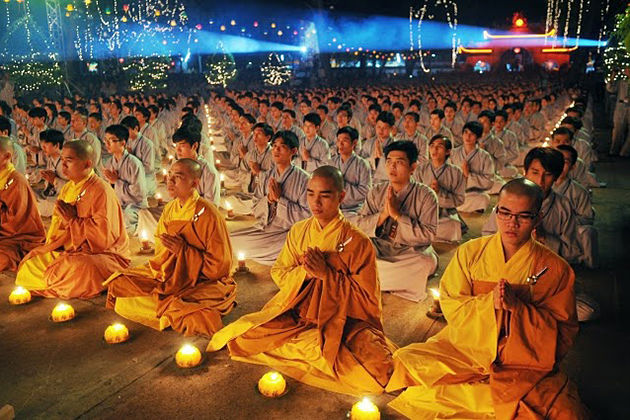 The Feature of Buddhism in Vietnam

Vietnam’s Buddhism is closely attached to Taoism as well as Chinese spirituality. Represented to be the main part of Mahayana tradition, Vietnamese Buddhism largely associates with three major forms of Mahayana School of Buddhism including Zen Buddhism, Pure Land Buddhism, and Vajrayana.

One of the most striking features of Vietnamese Buddhism lies in the close relationship with Taoist and Confucian traditions. In Vietnam, the monks are addressed as Thay while the nuns are called Su Co. In fact, most Vietnamese people consider themselves Buddhists as their thinking, behavior, and ways of living are under a strong influence of Buddhism practices. Therefore, it is easy to understand that Buddhism has become the faith of Vietnamese people and an integral part of their daily lives. 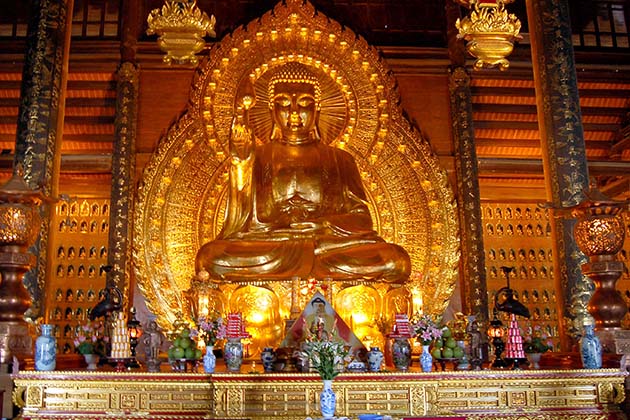 There are a broad variety of Buddhist temples and pagodas in Vietnam. These places are used for praying, worshiping, and showing respect for ancestors. For a long time, the existence of these places has become an indispensable site in the spiritual life of Vietnamese people. It’s interesting to discover one of those to have a deeper understanding of Vietnamese culture and you can benefit some useful knowledge from it. Well-known pagodas and temples in Vietnam with awesome architectural styles can be named as One pillar pagoda in Ong Ich Khiem Street, Ngoc Ha, Ba Dinh District, Hanoi, Bai Dinh Temple- largest Buddhist temple complex in Vietnam in Gia Sinh commune, Gia Vien district, Ninh Binh province or Thien Mu Pagoda belonging to Hue city.

You should not take photos during prayers and meditation in Buddhism Vietnamese custom. As a rule, don’t take photos without permission and don’t use a flash. In addition, Buddha images are sacred objects and anyone should not pose in front of them or point their feet at them. When sitting down many Vietnamese employs the “mermaid pose” to keep both feet pointed towards the rear. 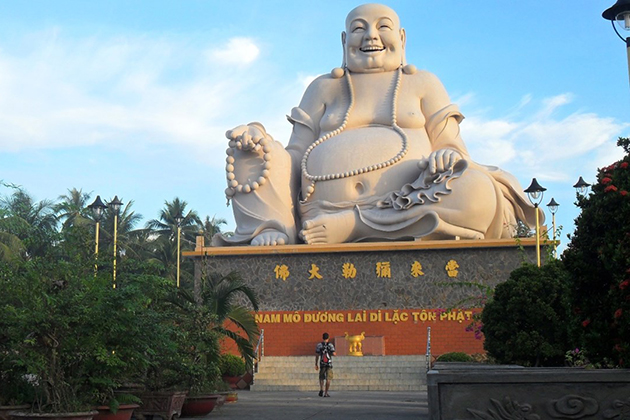 Praying, one of the most important customs of Buddhism religion in Vietnam is done by prostrating oneself or bowing with hands clasped to their foreheads from a standing or seated position in front of an image of Buddha. Prayers are often made after tossing a coin into an offering box and leaving an offering of flowers or fruits or something else. Many people visit different altars, leaving some burning incense and praying at each one. Others bow at the altar and sprinkle water, a symbol of life. Others still kowtow before shrines, bend down and stretch three times.

When talking to a monk, try if you can have your head lower than his. This can be achieved by bowing slightly or sitting down. If a monk is sitting down, you should also be sitting down. Women should not touch a monk or give objects directly to him (instead place the object on a table or some other surface near the monk). In Buddhism big temples money can be left in a donation box near the entrance. If there is no donation box, you can leave the money on the floor.

A visit to explore these Buddhist temples and pagodas in Vietnam would definitely meet your needs and demands, thereby enabling you to gain first-hand experience of interesting customs and traditions in Vietnam.