Vietnamese is a very ancient-origin language and has undergone a very long development process, full of vitality. That is expressed throughout the durable struggle of a nation that built, preserved, and developed a national language and national literature. Vietnamese Alphabet is a national standard script known as Chữ Quốc Ngữ in Vietnamese. It is a modern writing system that used the Latin script. A full twenty-nine alphabets are shown as follow: 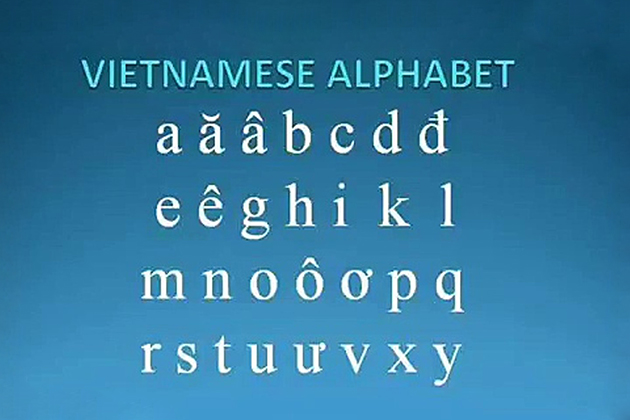 Each letter has two normal and capitalizing forms of writing. A single letter no longer used anymore is ( ). This letter had been used to describe a consonant /β/ of the old Vietnamese language before the 19th century. It was now transformed into consonants “b” and “v” in the modern Vietnamese.

Consonants in the Vietnamese Language

Vowels in Vietnamese the Language