People are always obsessed with breaking their limits and creating new records just to break their limitation again and again. The skylines of our cities have always been defined by those dominating in every period in history. From this aspect, every church left their mark, the public institutions, and a series of commercial skyscrapers continue to stretch taller and taller. 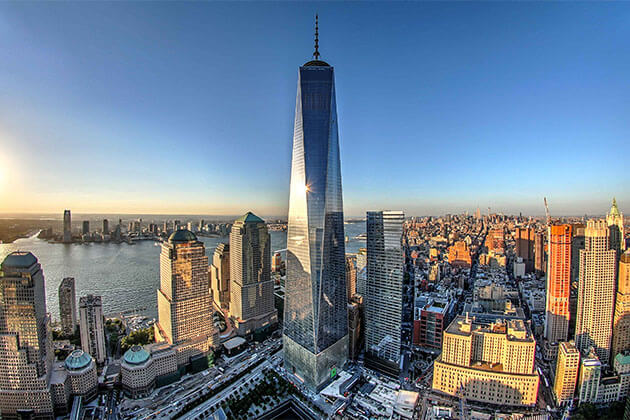 Base on the classifying and measuring from the level of the lowest, significant, open-air, pedestrian entrance to the featured architectural of these buildings (not including antennae, signage, flag poles, or some functional-technical equipment) of the Council on Tall Buildings and Urban Habitat. Take a look at the world’s 15 tallest buildings, according to data from CTBUH, the list updated in 2019.

The Burj Khalifa, a skyscraper in Dubai, United Arab Emirates, is the tallest building in the world with a total height of 829.8 m. Its Arabic name is Khalifa Tower, has been known as the Burj Dubai before its inauguration in 2010.
This building has a function as offices, residential, and hotel. 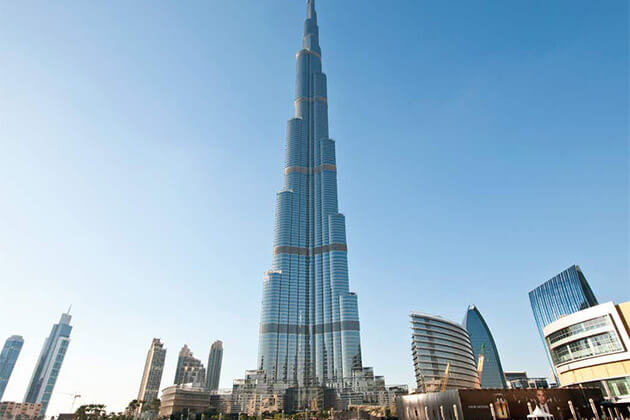 The second tallest tower in the world is Shanghai Tower. It has a height of 632m and 128 floors and it was completed in 2015. Shanghai Tower is also well-known for its unique and impressive architecture. The tower is situated in the financial center of Lujiazui, Pudong district, Shanghai city, China. 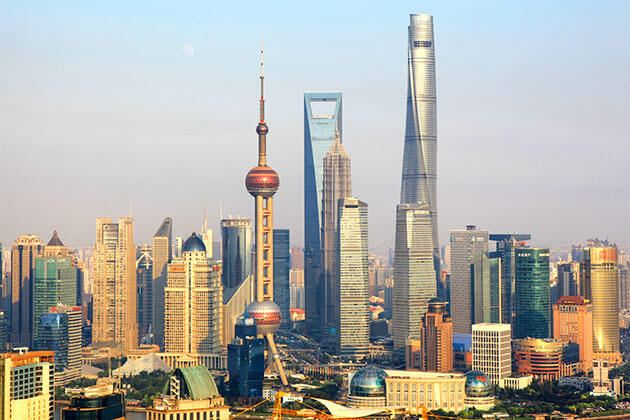 Makkah Royal Clock Tower, also known as Abraj Al-Bait Towers, located in Mecca, Saudi Arabia. Although listed in the top 3 tallest buildings in the world, the Makkah Royal Clock Tower is the largest clock tower and the tallest hotel in the world with 120 floors and 601 meters in height. One more interesting fact about this building, its clock face is 6 times bigger than one of Big Ben. 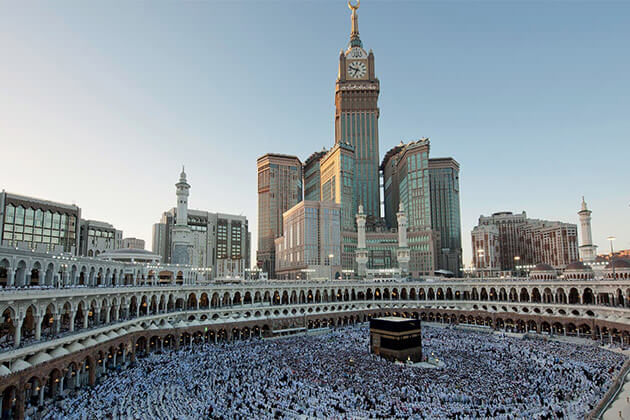 Ping An international financial center is the fourth highest building in the world. The building is located in Shenzhen, China. As its name, Ping An international financial center is utilized as office place. The project was started construction in 2010 and completed in late 2016.
Ranked in the fourth level of the list with a total height of 599 meters, and the total construction area is 600.000 square meters. 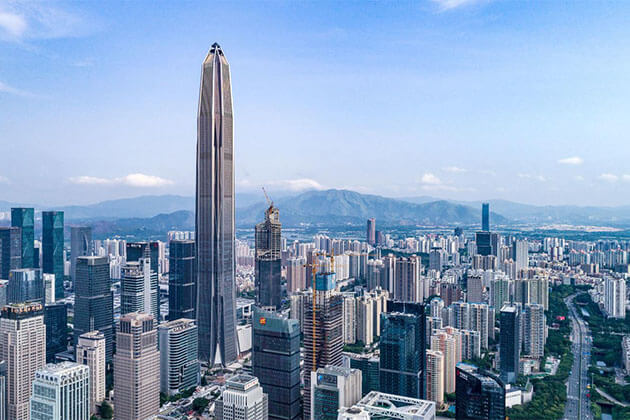 The next rank belongs to Lotte World Building with 555 meters high and 123 floors. Inspired by ceramic art and a pen tip from Korea, this building features a slightly tapered cone design with protruding tips and gently curved sides. This is the leading shopping center in Seoul with the presence of several domestic and foreign brands. 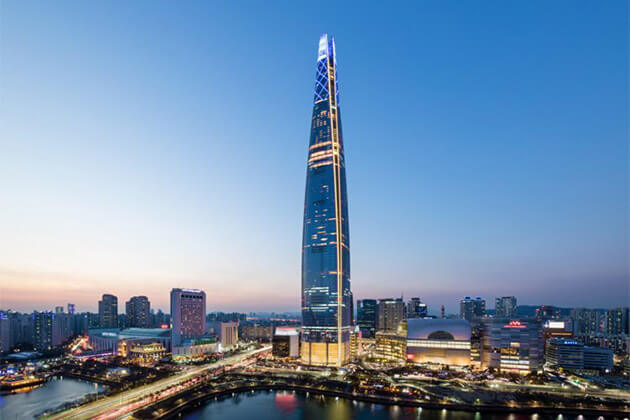 The World Trade Center, located in New York, is a 546.2 meter in high (up to the top), it’s built on the foundation of the historic WTC twin tower that collapsed on September 11, 2001. This construction was started on April 27, 2006, and inaugurated on January 3, 2014, with an estimated cost of 3.9 billion USD, including 104 main floors, 5 basements, observatory, antenna tower.
This World Trade Center is now used as a co-working place and deluxe hotel. 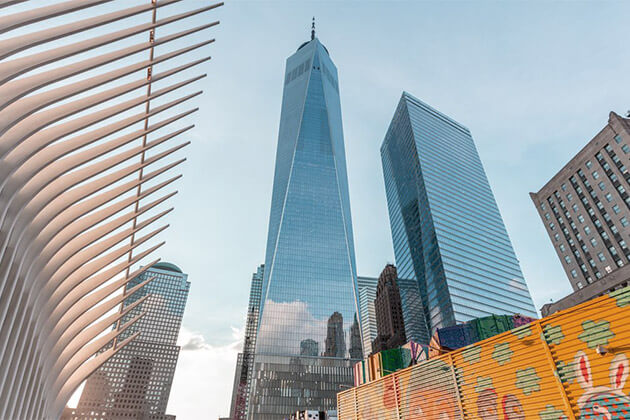 Guangzhou CTF Finance Center is also known as the Western Tower in Guangzhou. It is a skyscraper with 111 floors and 530 meters high. The building was started construction in 2005 and completed in 2016.
Guangzhou CTF Financial Center is currently ranked 7th on the list of tallest buildings in the world. 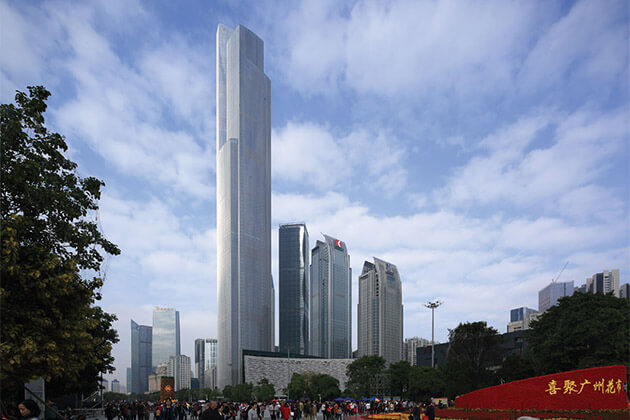 China Zun or also known as CITIC Tower is a supertall skyscraper in the Central Business District of Bejing. Surpass the China World Trade Center Tower III in height and become the tallest building in Beijing with a height of 527.7 meters.
CITIC Tower is a mixed-use building with 60 floors of office space, 20 floors of deluxe apartments, and 20 floors used as a hotel with 300 rooms. Also, there stands a rooftop garden on the top floor which can be a great view of Beijing. 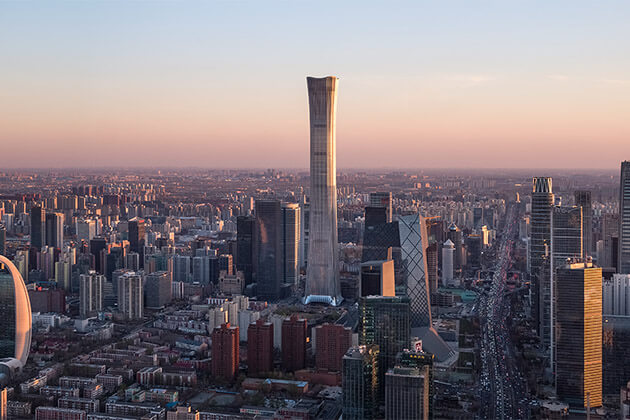 Situated in Taipei, Taiwan, the architecture of Taipei 101 is relatively similar to the most other East Asian architectures. It is divided into 8 segments, and each one has 8 floors. Ranked in the 9th level with 507 meters high, Taipei 101 is a symbol for most Chinese speaking countries. 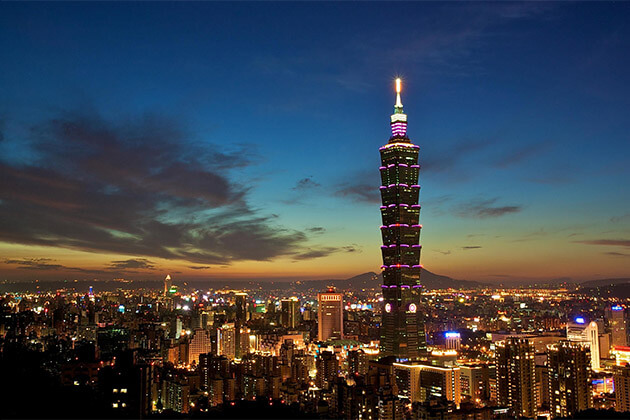 Shanghai World Financial Center stays in top 10 with 492 meters in height. It can be seen as a symbol of commerce and culture that always speaks to the emergence of the city as a global capital. The building is located in Shanghai’s Pudong district. The building is a mixed-used place, containing 62 floors for office spaces, conference facilities, dining spaces, five-star 174 rooms in Park Hyatt Hotel at the top or called the highest hotel in the world from the 79th to 93rd floors. At the 94th to 100th floors, there is a visitors’ square and observatory. 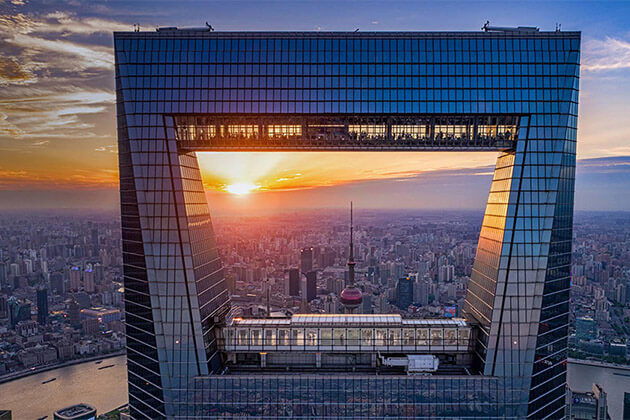 Taking place right at the new Kowloon station, a transportation hub which feeds a network that ferries more than 11 million passenger journeys/ day, the International Commerce Centre is an indispensable part and centerpiece of the Union Square reclamation project. The building consists of office space, 2 hotels, and an observatory amongst other mixed-use functions.
With the height of 484 meters, International Commerce Centre is worth to be one of the tallest buildings in the world. 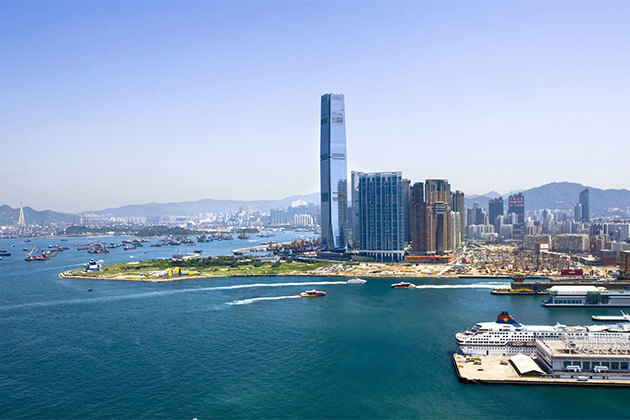 On July 25, 2018, the building with the record height of Vietnam named Landmark 81 was officially launched. With a height of 461 meters, the building becomes the symbol of the mark the future prosperity of Vietnam. Inspired by the bamboos, an image from the traditional bundle of bamboos, Landmark 81 was the first time listed in the top 15 tallest buildings in the world, up to now.
Vincom Landmark 81 is well-designed for the aim as a reliable place holding even, conference, deluxe hotel, and residential. 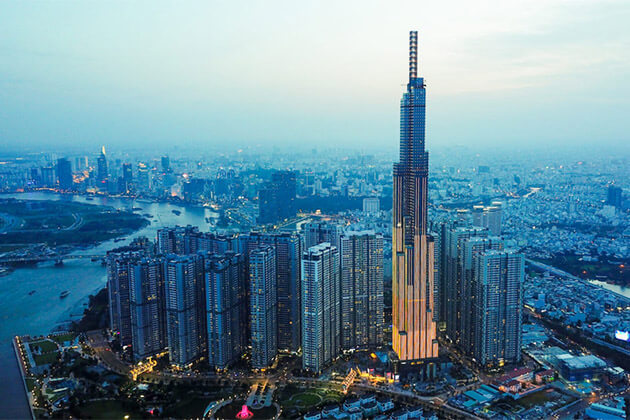 Situated in the prime area of Jiefang Road in Furong, Changsha IFS tower complex is so convenient to achieve its major purpose of attracting a series of financial institutions based in Hunan Province.
The complex includes two supertall buildings, with Tower 1 rising 452 meters and the second on is 315 meters. Like many skyscrapers, Changsha IFS Tower T1 is the best suited for hotel uses. 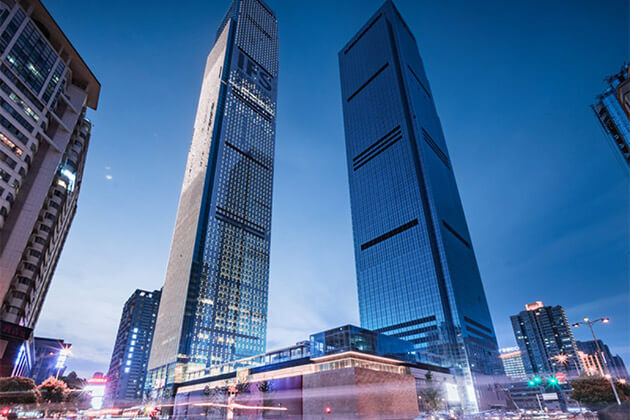 The Torre Petronas Towers is situated in Kuala Lumpur, it was designed to herald the emergence of Malaysia into the international economy and act as an identifiable symbol for the fast-growing nation.
The tower is 451.9 meters in total and ranked in the fourteenth in this list. It’s designed to reflect the desire to create a representative manifestation of traditions and ingenuity of people in Malaysia. 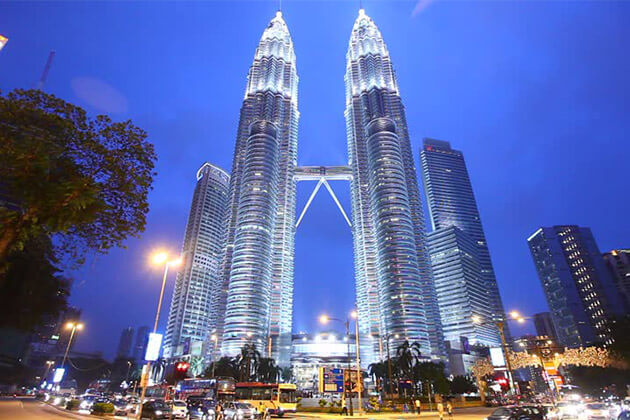