Vietnam is an S-shaped country located in the Southeast of Asia. The name “Vietnam” probably reveals the meaning of connection among generations and the nation’s geographical location, likely representing “the country of Viet people in the South”. Also, the name has been thought to be distinguished from other “Viet” countries of China.

The Origin & Meaning of Vietnam throughout History

According to Vietnam history, at the beginning of the 19th century (1802), under Nguyen Anh (also called Gia Long) dynasty, the nation was named “Nam Viet” by a delegation in this period. At the same time, the Qing Dynasty (belongs to China) standardized the national brand as “Viet Nam”. The name “Viet Nam” was originally recognized by 1802, however, 2 years later, it was totally admitted in terms of diplomatic relations. 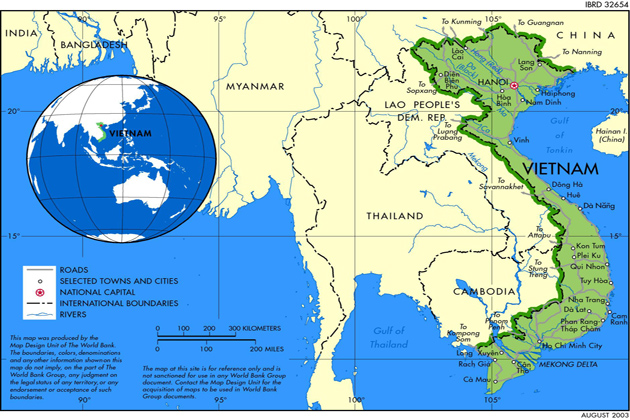 On another hand, it is said that the name “Viet Nam” has appeared since at least the 14th century, not the early Nguyen dynasty.

Until 1838, under the Minh Mang dynasty after King Gia Long, the nation was renamed after “Dai Nam”, so “Viet Nam” was no longer as common as before. However, one more time, the name “Viet Nam” was repeatedly used in many literary works and names of political organizations by historians and patriots between the end of the 19th and the beginning of the 20th century. For instance, Nguyen Ai Quoc (president Ho Chi Minh) launched 2 revolutionary groups whose name contained the word “Viet Nam” in 1925 and 1941.

The most significant timeline to change the country’s situation was in 1945. When the Japanese defeated the French, giving formal authority to Bao Dai – the last King and dynasty of the nation; then Bao Dai changed the name “Dai Nam” into “Viet Nam”. In the mid-August of that year, an important historical event was the August revolution becoming successful, which leads to that Bao Dai abdicated. On 2nd September 1945, President Ho Chi Minh solemnly read the independence declaration, announcing the establishment of the country “Democratic Republic of Vietnam”.

By 1976, as Vietnam was relatively independent, the constitution officially confirmed this national full name and changed it into “Socialist Republic of Viet Nam”. The name has been maintained until now and briefly referred to as “Viet Nam”.

Overall, the origin of the name “Vietnam” derived from ancient times but officially used since 1945.

According to VTC News, the day 2nd September 1945 is an important spotlight marking the event that “Viet Nam” officially appeared on the World map (Lieutenant General Nguyen Quoc Thuoc affirmed). The meaning of this historical day cannot be written at all because there were so many stories around it and the best writer also cannot record all feelings of revolutionary soldiers. If the day “2nd September” did not exist, “Viet Nam” may not appear on the world map as early as at that time, or can never. As this day’s importance, 2nd September becomes Vietnam National Day. 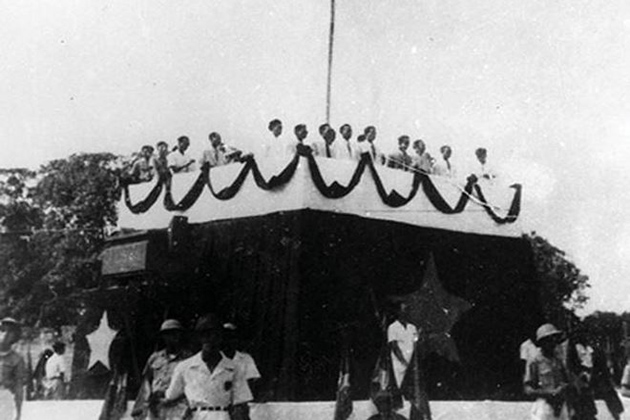 As a confirmation, The August Revolution and Ho Chi Minh‘s declaration of independence contributed greatly to the presence of the country on the map with many countries’ agreements and had practical meaning forever.

Formerly, many tourists have been strange and amazed by the name called “Vietnam” as it is too small on the world map. However, in many recent years, since Vietnam entered the innovating and developing process after wars, more and more visitors plan their Vietnam tours to experience this beautiful country.

The Feature of Vietnam National Flag

The flag of Vietnam was designed in 1940 by Nguyen Huu Tien (who was a leader of the uprising arrested by the French) and then was adopted on 5th September 1945. The flag is also called “red flag with a gold star” as its appearance. 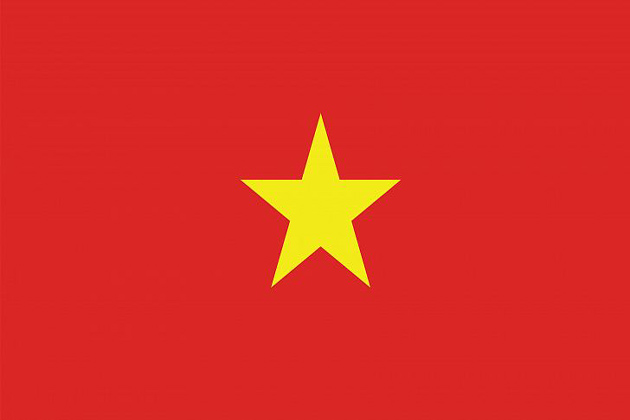 The background of the Vietnam National flag has a red color, representing the color of the revolution. Some people say that red is also the color of belief and victory. In a deep meaning, red is the color of blood, proving that the Vietnamese had to experience bloodshed to defeat enemy forces and save the country. The red color is also a symbol of power and fortune. All its factors make the flag’s meaning become particularly valuable and unique.

There is one saying that “the Vietnamese, red blood, yellow skin”, also referring to the Vietnam flag.

The Meaning of Vietnam National Flag

The star is in the central part of the red rectangle, symbolizing 5 main classes of Vietnam: intellectuals, farmers, workers, businesspeople, and military personnel. It represents unity among these big groups, creating power and strong will of Vietnamese people, especially in the Vietnam wars. People said that yellow is the color of hope and shine. In wars, the close link between red and yellow colors is evidence that with hope, power, and belief, success will come definitely and automatically. 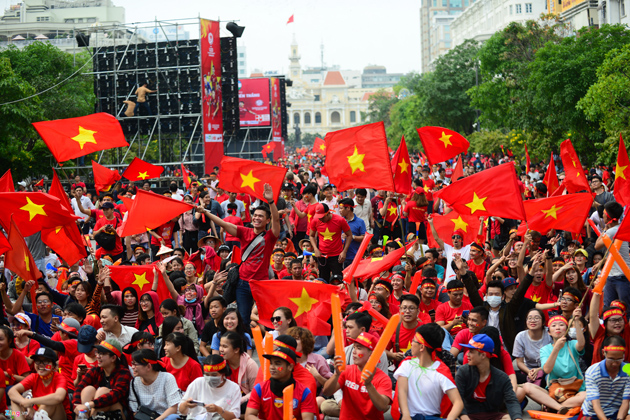 In peacetime, the meaning of the national flag is referred to much in areas of games such as Olympic, Asian games, and some regional tournaments. For example, particularly, in football – the king sport, the national flag reminds football players to display their best performance in the match, fighting for their nation.  A famous saying of a Vietnamese football player is that “Vietnam team does not have a star, we have the only star on our left chest”, which refers to the national flag on their clothes in the competition. It is really touching and meaningful!

The Distinctive Feature of the Vietnam Flag

Vietnam flag is different from many nations’ ones which also include stars. It is about the color and number of the star. In the flag of the country, there is just only one star and covered in yellow while the American flag has up to 50 stars with white colors. Moreover, the star in the Vietnam flag is put in the middle, and the number “one” star is not weak, instead, so powerful with the unity focus of all Vietnamese generations to defeat enemies.