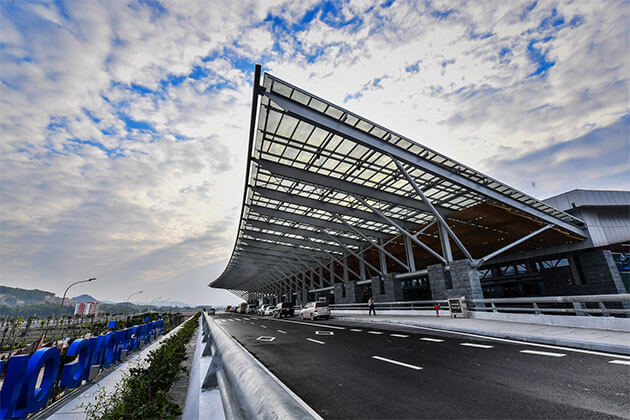 The architectural design of the airport is said to take inspiration from boat sails – the symbolic image of Halong Bay. “It’s the most modern airport in Vietnam”, said Romy Berntsen – the project manager and architect from Netherlands Airport Consultants which is an airport consultancy and engineering firm assisting in Van Don’s construction.
Van Don Airport was started to build in 2015 and it was the first international airport in Vietnam to be operated by a private firm – Sun Group – Vietnam’s premier developer of tourism, leisure and entertainment properties and projects.
By 2020, the airport is forecast to have an annual capacity of two million passengers, and increase to five million by 2030. In the first year of operation, Van Don Airport is set to receive 500,000 passenger arrivals/departures.