Hoi An, Vietnam has a reputation for charming and ancient beauty with not only old winding streets and historical sites but also a collection of old houses. Among the most attractive ancient houses, Tan Ky Old House stands out of the crowd and is a must-visit for those who are spending time exploring the Hoi An ancient town.

Located at 101 Nguyen Thai Hoc Street, Hoi An, Vietnam, Tan Ky house was constructed 200 years ago more or less. Featuring a piped-shape architectural style, Tan Ky House was against the time to become one of the several oldest houses in Hoi An. At first, it was built for trading purposes related to business and agriculture. Over centuries, the house remains intact unique values of culture and tradition and it is officially recognized by the Ministry of Culture as cultural-historical relics in 1985. 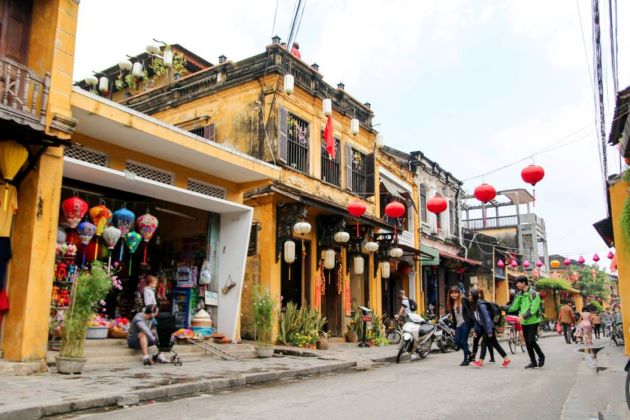 Due to experiencing a long history which was closely associated with ancient architecture, Tan Ky house is actually among the oldest existing ancient house of Vietnam until the present time.

Tan Ky House is a perfect combination of Vietnamese, Chinese, and Japanese architectural styles. The first pavilion of the house contains 3 apartments designed with Vietnam architectural style. One of the most highlights is that there is a collection of trusses as well as rafters designed with various shapes including ribbons, bats, and so on. Each represents different important meanings. 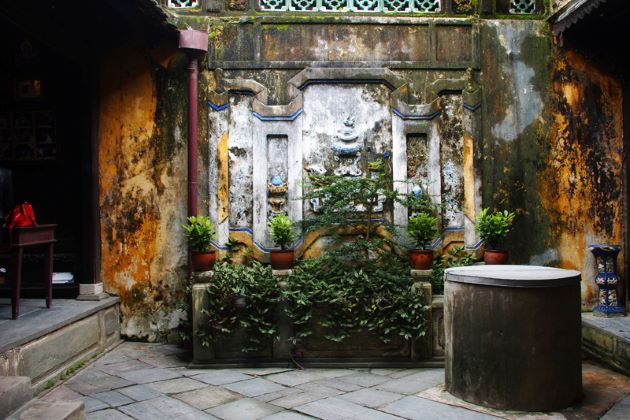 In terms of structure, Tan Ky Old House is sophisticatedly constructed which bears a resemblance to a triple-beam structure, coupled with five round blocks and seven carvings on the edge of the roof. The house was considerably influenced by the integration of Japanese and Chinese architecture. The most obvious evidence of the existence of Japanese elements lies in its ceiling with support of the above-mentioned three beams. Moreover, all the materials used for the construction are mainly woods, bricks, and stones which were largely for decorating the exterior, floor, and walls.

Enter the house, you will be overwhelmed by a bright interior featuring written Chinese poems. When stepping into the house, you can feel a pleasant feeling with a warm atmosphere thanks to the wooden planks of the interior as well as the brick-built structure of the exterior. Tan Ky House also made its name for a broad collection of antiques encompassing cups, plates, ceramic vases, tables, and chairs dating back hundreds of years ago. 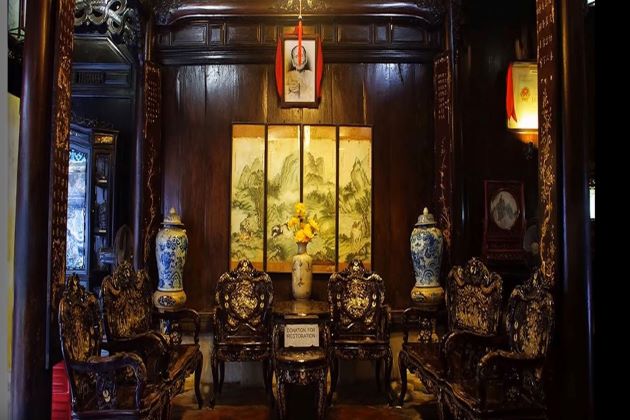 Tip to Get to Tan Ky Old House

From Japanese Covered Bridge, head to Bach Dang Street into Nguyen Thai Hoc Street. It would be better if you visit Tan Ky House at the beginning or at the end of the day.