You are at:Home»Destinations»Hoi An»Introduction of Hoi An Ancient Town, Vietnam

Located on the coast of the Vietnam’s Central Sea, in the downstream of Thu Bon River, Quang Nam province, far from about 30 kilometers south of Da Nang, Hoi An Ancient Town is well-known as an crowded international commercial port where is the trade gateway between local people with merchant ships from Japan, China and the West during the 17th and 18th centuries. 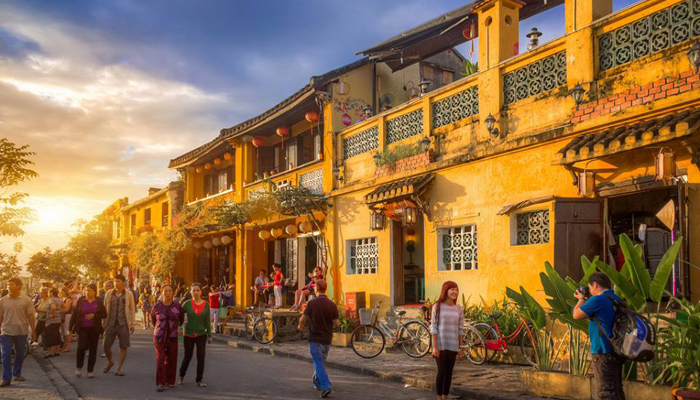 There are approximately 1,360 relics and landscapes, especially that relics are divided into 11 categories including 1,068 ancient houses, 19 pagoda, 43 divine shrine, 23 houses, 38 pagodas minority, 5 assembly halls, 11 old wells, 1 bridge, 44 ancient tombs. Hoi An Ancient Town recognized as a World Heritage Site by UNESCO in December 1999 becomes one of the most attractive destination in Vietnam.
History 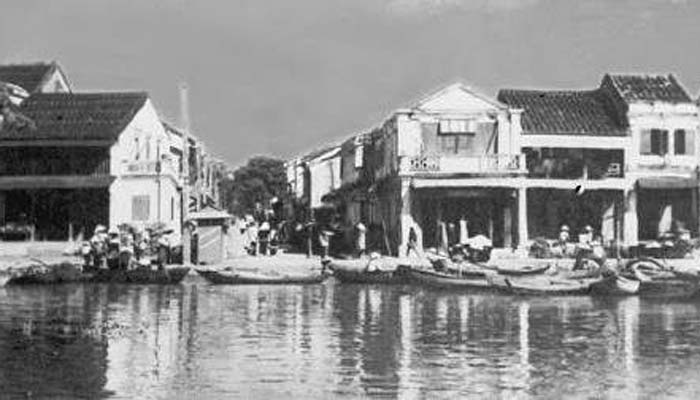 Hoi An Ancient Town in the begin of the 20th century

Hoi An Ancient Town (Phố cổ Hội An or Phố Hội) has itself an old history and still preserves its original beauty as in the time of its being born. It is considered to be Lâm Ấp Phố (Champa City) and Dai Chiem Port (Cảng Chiêm), which was a crucial trading port in the 16th and 17th centuries. The name of Hoi An was born at the half end of the 16th century, under the Le Dynasty but until the Nguyen Dynasty with Nguyen Hoang’s economy development policy in Đàng Trong, the town became the most busy Southeast Asia international trading harbor. 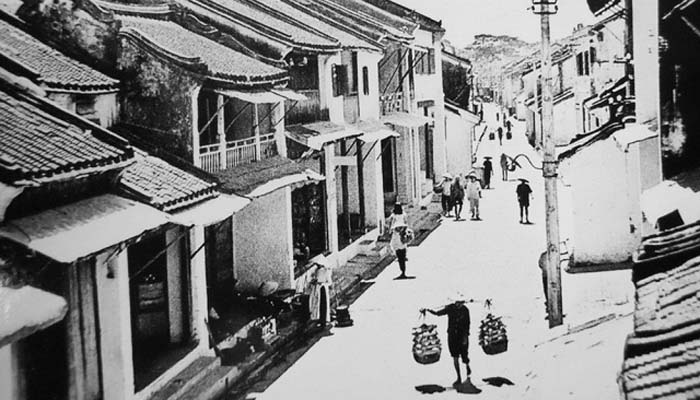 It is named Seaside Town (Hải Phố) during the China trade period and called as Faifo by the French and the Spanish. In the 18th century, the Trinh Lord (Chúa Trịnh) invaded Quang Nam palace, Hoi An ancient town fell into chaos war and lost its important trading port role. In the beginning of the 20th century, trading has never ended in Hoi An. Because of its none-urbanization Hoi An is taken pay attention and prosperously came back due to its Hoi An tourism.
Climate 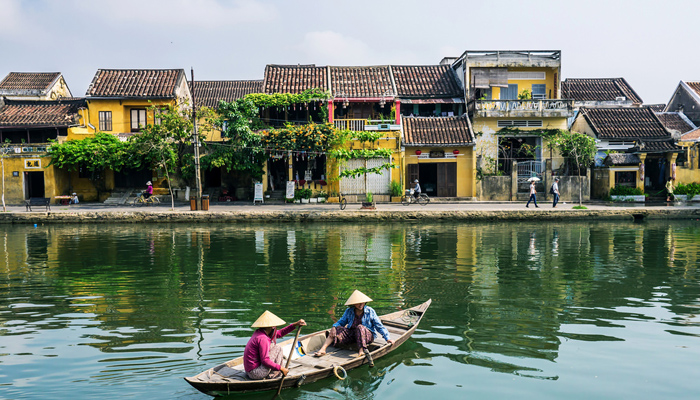 Mild climate in Hoi An

With its favorable geographical location, the climate is mild, including two main seasons: dry and wet. The average temperature is 25.6 degree Celsius. Every tourist will enjoy the weather here.
Where to go
Walk through the old streets to see the series of the ancient houses, old temples, pagodas and tombs with Japanese and Chinese style and Western architecture. 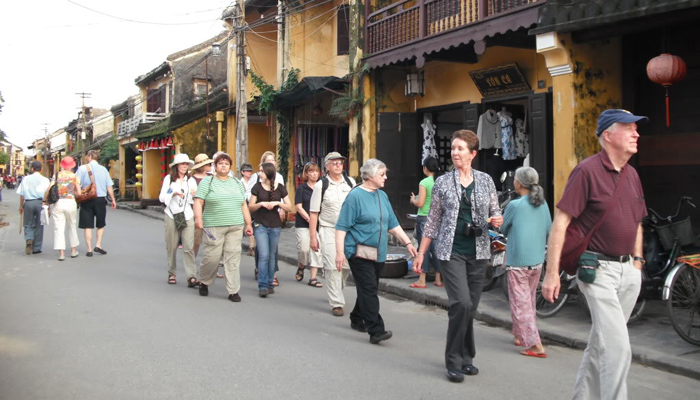 Must visit Japanese Covered Bridge’s Pagoda (Chùa Cầu or Lai Viễn Kiều), the symbol of Hoi An. The bridge dates back to the 18th century and is built by the Japanese while they lived here. Until now, it still remains its historical and iconic pristine beauty. 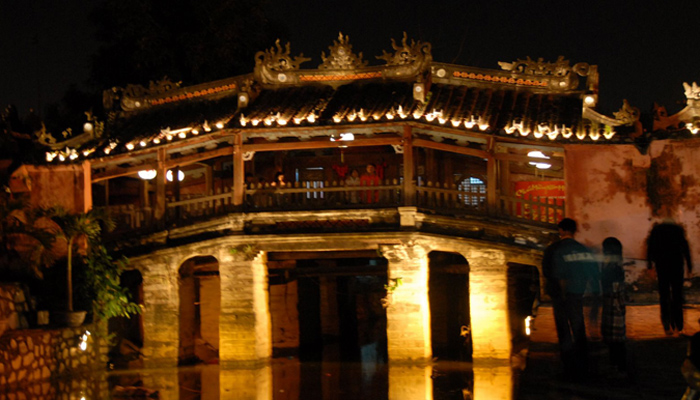 The Old Town becomes more charming in the Full Moon Festival (the 14th of every lunar month) with colorful lanterns and lights covered in all streets. 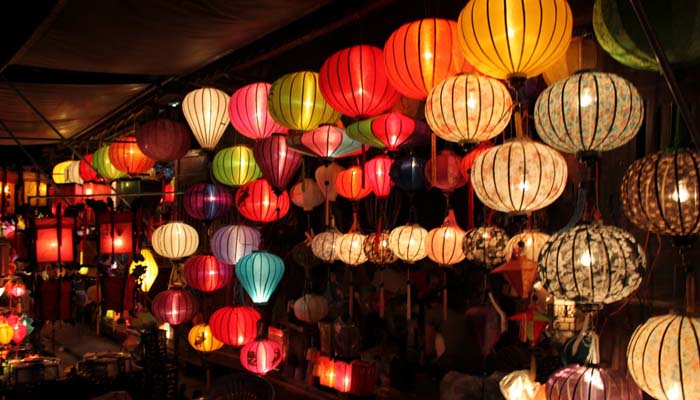 Another highlight of Hoi An tours is Cua Dai Beach, one of five Vietnamese UNESCO World Heritage Sites. Its crystal blue seas and deserted white sands will definitely be an added music note in the relax time in the unique Old Town. 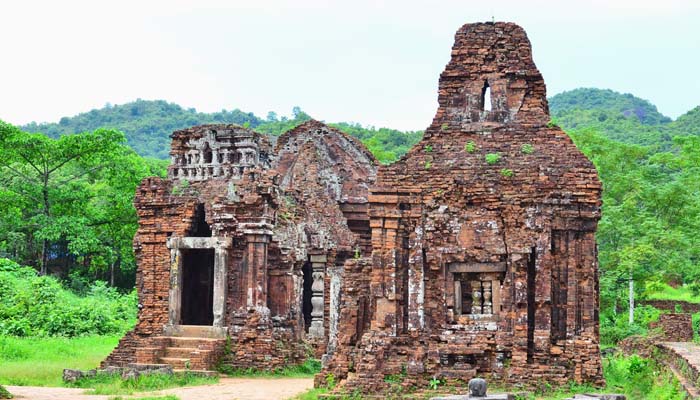 A discovery tour to the holy land of My Son Sanctuary will be a lot exciting for those who love to experience and to learn history. Honorably recognized as a World Heritage in 1999, My Son Sanctuary preserves the big crucial values of Cham-pa Kingdom architecture and culture as well as a glorious period of Southeast Asia.