Moc duc means ablution. Generally, the term refers to a ceremonial cleansing prescribed by religion to prepare the celebrant, worshiper for contact with the deities. 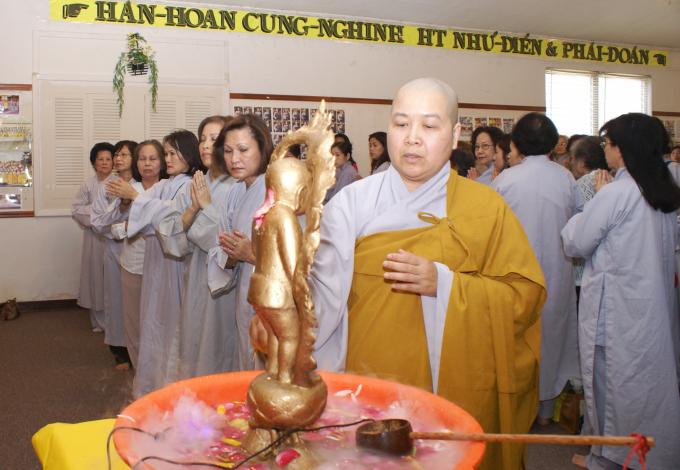 It is reported that the monks of the Theravada branch of Buddhism wash in the monastery pool in preparation to honor a relic or representation of the Buddha. However, the act of ablution may be as simple as touching water. In Viet Nam, no strict practice is observed; but the act of purification is important, whether it is carried out mentally, or through the physical action of washing. 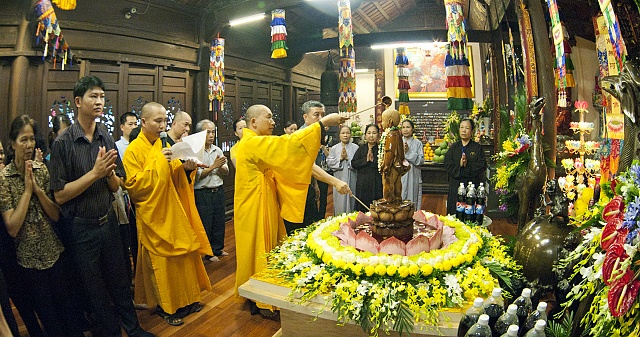 the monks washing in the monastery pool in preparation to honor a relic or representation of the Buddha.

Fasting and abstention from eating meat and sexual activity may be prescribed for laypeople, but such practices are of a different order to ablution. Ritual washing of the body of the dead and dressing it in ceremonial clothes before placing it in the coffin is usually performed by a person of the same gender as the deceased, the ritual requiring water boiled with five kinds of aromatic leaves (la ngu huong) or sandalwood (tram huong), a dipper and towels, a comb, silk bands to tie the hair and a small knife to trim the nails; ablution is followed by dressing the body for burial, red pants, a blue tunic, and a purple crepe turban being prescribed for those over the age of 70 at the time of death.