Its construction lasted 11 years (1920-1931), the Royal Tomb of Khai Dinh is Inimitable among the royal tombs in the Imperial Capital. 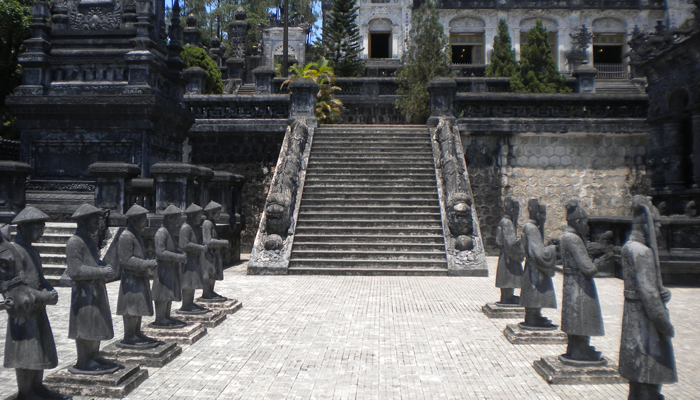 Located on the slope of Chau Chu Mountain, the tomb is the great blend of a variety trend of architecture including European and Asian, modern and ancient beauty with French elements within its design, using concrete as modern building material for construction and utilizing fragments of ceramics and glass for decoration. 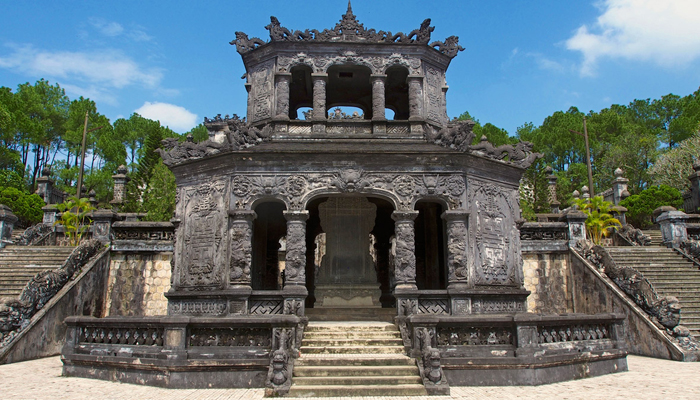 It was preceded by a wrought-iron triple gate. He desired his final resting place to be monumental in style and bombastic in execution.

What makes the tomb be unique and attractive is its rectangular structure with 127 steps, leaning against the mountain. Ascend to 37 steps leading to the gate; tourists will see line two rows of left and right altar in the courtyard. 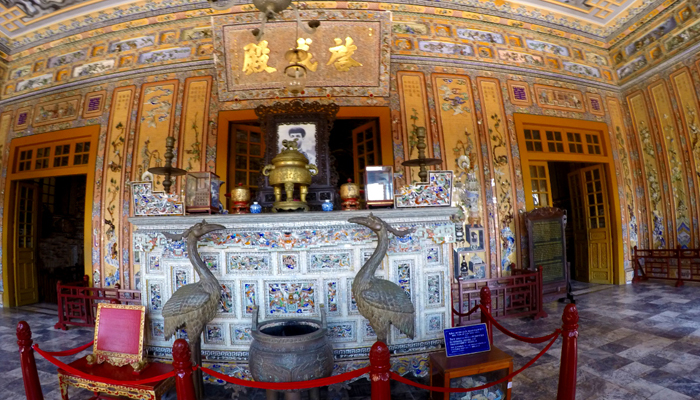 The altar of Khai Dinh Emperor 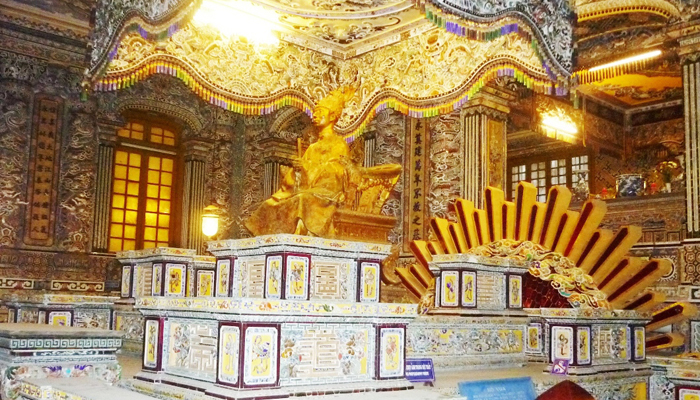 Move deeper insight into the tomb, tourists will reach to the main temple containing the statue of Khai Dinh, his grave and his altar. The tomb of Khai is one of the most surprising among the royal tombs of Hue.